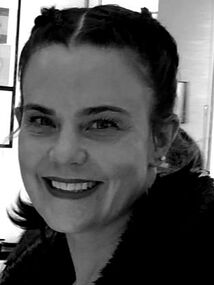 Abigail Allen, BASI, Fletcher Pilates, RYT 200, AFAA Abigail is the owner and director of Coastline Pilates.  She began working with Teresa Moorleghen at Coastline Pilates in 2014.  Abigail purchased Coastline Pilates in 2018.  She is a Certified Pilates Instructor through, Fletcher Pilates and Body Art Science International, (BASI). She is also Registered Yoga Teach, (RYT, 200) and a Certified Personal Trainer, Group Exercise Instructor with American Fitness and Aerobics Association, (AFAA).
Abigail grew up in Aptos and her mother enrolled her in dance classes at the age of five. She continued to dance though her teens. In high school she played water polo and soccer, however, dancing was always her passion. The dance classes soon evolved into a love of fitness. When she was in the 11th grade she began teaching group exercise classes at Seascape Sports Club in Aptos. From there her career in the fitness field took off and has brought her many different experiences. After a few physical injuries that set her back she was introduced to Pilates. She quickly realized that Pilates not only helped her heal from her pain, it also changed her mind, body and soul. This led Abigail into becoming a certified Pilates Trainer.  Abigail keeps an active schedule. She is a wife & mother.  She has to two adult daughters and her beloved cat, Stella. Besides teaching Pilates; she has a passion for decorating, fashion, gardening and crafting.  She truly enjoys bringing a positive environment to all of her clients and classes. She encourages all people of ages and fitness backgrounds the following:  You’re never too old and It is never to late. And, To exercise daily and enjoy it while doing it.

Teresa Moorleghen, MS, PMA®-CPT is the founder of Coastline Pilates.  Teresa received her Masters of Science in Kinesiology from A.T. Still University in May of 2017.  She is a Qualified Teacher of Fletcher Pilates (2003), Certified Pilates Instructor of the Pilates Method Alliance (2007), and a Certified Yamuna Body Rolling Practitioner (2006), and a graduate of Pacific University with a BA in Literature.  She worked as a Pilates teacher at Body Works Studio in Tucson, AZ, Fletcher Pilates International Headquarters from 2003-2005, and at Studio 4 Pilates in Half Moon Bay, CA from 2005-2010, until opening Coastline Pilates in 2010.  From 2008-2009 Teresa served as Faculty for The Ron Fletcher Program of Study.  During her work with The Ron Fletcher Program, she met her longtime mentor, Pat Guyton (Pilates Conservatory).  She also worked as a Physical Therapy Aide and Pilates and Body Rolling instructor at Welhab in Watsonville, CA from 2008-2009.  Teresa's study of movement began with gymnastics and dance as a child.  She worked with local and nationally touring dance and theater companies as performer, teacher, choreographer, and movement coach from 1997-present.  Her experience includes performing in the San Francisco Bay Area with Moving Arts Dance Collective and Last Planet Theater.  While living in Tucson, AZ she performed with the flying modern dance company, ORTS Theater of Dance, and Flor De Liz Dance.  She has been teaching and composing for Agape Dance Academy in Scotts Valley since 2012. Teresa also contributed to Pilates Take Out: 10-20-30 Guide to Fitness. She enjoys working with a wide range of age groups, from teen to adult. 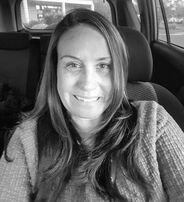 Aimee Fitzgerald, BA, Balance Body, RYT, 200  Aimee has taught yoga and Pilates since 2005.  She has studied, trained, and worked with Pilates experts and physical therapists for many years.  She is knowledgeable about Pilates that is safe for injuries including spine (lumbar, thoracic and cervical) and all other joints (hip, shoulder).  She studied Pilates mostly through Balanced Body, Sherri Betz of Thera Pilates, and Ariel Lehaitre's instructor training program at Pilates Sante, a Physical Therapy Pilates clinic in Los Gatos.  She studied yoga pedagogy at the Iyengar Yoga Institute of San Francisco and currently takes class with Kofi Busia among others.